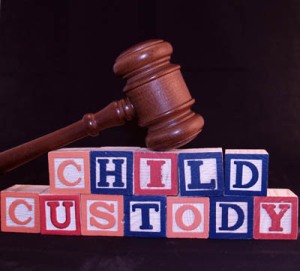 Gestational surrogates in two states, New Jersey and Michigan, have successfully won custody of the children to whom they gave birth.  Unlike standard surrogacy arrangements, gestational surrogacy is an arrangement where the birth mother agrees to carry the pregnancy to delivery after having been implanted with an embryo to which she typically has no genetic relationship.  For an excellent discussion of surrogacy laws and arrangements, both in the U.S. and internationally, you can link to a Wikipedia article here.

In the New Jersey case, Angelia G. Robinson agreed in 2006 to carry a fertilized embryo for her brother and his same-sex partner, which they had fertilized with the partner’s sperm.  Subsequently, raising allegations that she was coerced into the arrangement, Angelia sought custody of the child.  Superior Court Judge Francis Schultz sided with Angelia, relying primarily on an earlier New Jersey Supreme Court case, In re Baby M. (1988) 109 N.J. 396, 536 A.2d 1227.  A PDF copy of the Baby M. case is in the Box for those interested.

In a similar development, Michigan couple Amy Kehoe and her husband Scott arranged for the use of a gestational surrogate, Laschell Baker, after acquiring an egg and sperm from third parties.  Baker successfully sought custody of the twins borne of the pregnancy, claiming that she took action upon learning that one of the parents had been treated for mental illness.

What are your thoughts on these kinds of cases?  Should Angelia have won any custody rights when she was not biologically related to the child?  Are these cases examples of CIVIL RIGHTS or CIVIL WRONGS?